How to play guide for Realm Royale

Edit
watch 01:40
The Sandman Will Keep You Awake - The Loop
Do you like this video?
Play Sound 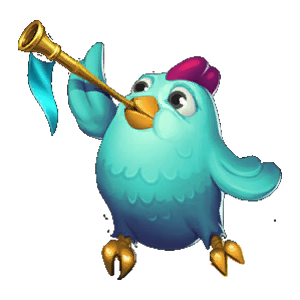 This page will serve as a basic How to play guide for Realm Royale. While there is very little information available at this time, we urge you to check back often, as new information is being added all the time! Feel free to edit this guide with any tips, tricks, and suggestions.

The game is currently playable on PC, XBOX One,Nintendo Switch and PS4. To download it on PC, you can download it through Steam or through the Discord Store. On console, it is available to download through their respective stores Microsoft Store, PlayStation Store and Switch Store It is free-to-play on all platforms.

There are currently 3 Gamemodes available to play: Solo, Duo and Squad. At the start of the match, players must choose 1 out of 4 classes (Warrior, Assassin, Hunter and Mage).

Before the match properly begins, there is a short pre-load phase , while all players spawn into the match. During this time, players will be put into the Zeppelin where you can not kill each other. Players can switch classes and show off their fancy emotes during this time. After everyone has loaded in, the players will be dropped somewhere in the massive battlefield that they choose to land. Markers will appear the Map for where you are and your team members are. Players can then choose to either seek out other teams or scavenge for weapons and items. Other markers you will come across on the minimap are forge markers, (learn about those next paragraph) catapult markers (where you hop yourself onto and be thrown too various places in the Realm), and Legendary loot chests, where you will find epic/legendary gear inside.

Players are able to upgrade their equipment through crafting by using forges, which are located at each marked location on the map.

When a player loses all their hitpoints, they are turned into chickens. Downed players will automatically revive from chicken status after 20 seconds (depending on their load out) If a player is defeated again while as a chicken they will die. Turning into a chicken for a fourth time will also cause the player to die instantly a explosion of feathers will appear as the default chicken death animation. Defeated players will leave behind all their items.

As time goes by, a deadly fog will roll in from the edges of the map in waves, which will gradually consume the map and force the teams to converge towards the middle. There is a counter under the minimap that displays how long it'll be before the next wave of fog rolls in. There is also a counter that displays the current number of active players. Depending on how many alive players there are left will decide the amount of hp or armour that will be taken from the armour and health bar.

The last player or team standing will win the match.

This is a list of some helpful Tips and tricks for the game. Feel free to add your own!