The Sandman Will Keep You Awake - The Loop

There are several Items in Realm Royale. Players can find healing or armor potions, abilities, weapons and runes from chests and loot goblins scattered across the map.

Throughout the map are three different kinds of chests. The basic chests which contains runes, weapons and abilities, the potion chest will supply potions that restore health or armor, and the gold chest which drops Epic or Legendary loot. Players can disenchant items to acquire

Shards, which can be used in the Forge.

Potions are consumable items that can be found in crates around the map or crafted at a forge. They restore health or armor when consumed and are automatically picked up when a player walks over them. A player can only carry up to 10 of each type of potion. Potions must be used for 2 seconds before they take effect, regenerating 300 Health/Armor on successful use.

A player can equip two weapons at once, but he can't equip the same weapons independent of their rarity. If the player tries to equip the same weapon he already has, but in a better quality, the game automaticly switches the bad against the good weapon. Weapons in the game are obtained as items from chests, legendary zeppelin chests, or through Forging. Most Weapons have a Common, Rare, Epic and Legendary variant, each stronger than the previous one. All variants can be found in chests scattered across the map, some Legendary weapons can only be found in Gold Chests and Loot Goblins, and some Epic and Legendary weapons can also be obtained through Forging.

For more information on each ability, please visit the respective Ability page: Abilities

in 30 seconds.
Epic or Legendary

in 30 seconds.
Epic or Legendary

Runes are modifiers in the game that allow players to gain buffs and useful benefits such as bonus movement or reload speed. Runes are obtained from Chests, Loot Goblins or can be forged in the forge.

For more information on this system, please visit the respective page: Runes 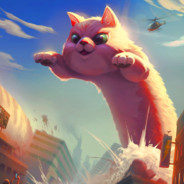